Liver is a food which divides people, you either adore it or you hate it, generally depending on whether you were force fed it as a child; but no one is ambivalent about paté. Being prone to terrible anaemia paté has become a somewhat signature dish for me as I attempt desperately to pour the iron rich liver into my body. This particular recipe is not one of my fanciest versions, but it is very reliable and simple compared to most of my other liver recipes and it makes a reasonably affordable every day house paté perfect for sandwiches.

Heat the olive oil in a non stick pan, cut the onion to fingernail sized pieces and sweat the onion in the pan. Add salt to taste at this stage to prevent burning, and then add the bacon cut to small pieces. Bacon with large amounts of fat is best for consistency. 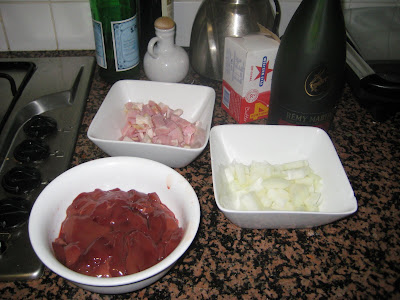 Slow cook the onion and bacon, once the fat has melted from the meat and the onions have caramelised slightly add the cleaned and diced livers. Keep on low heat and cook until the livers crush under a wooden spoon. 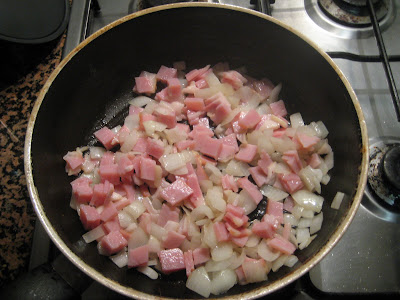 Add the brandy and the butter, mixing slowly till the livers are well coated. Slowly add the red wine and reduce, there should still be one or two tablespoons of liquid left.

Note that being lactose intolerant I don't often use large amounts of butter in cooking and so I tend to keep Western Star 50g Portions around for this recipe; it means that if it's some weeks between batches that the butter does not lose moisture owing to open packets and conveniently one portion tends to seal one batch perfectly. 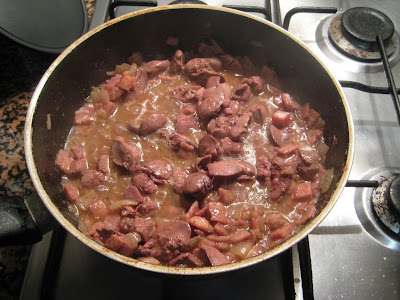 In an electric mixer blend the warm mixture until smooth, distribute evenly across ramekins or bowls and leave to cool.

Owing to the heavy onion and bacon the texture can be hard to smooth so don't be afraid to blend it for significant amounts of time if you like a silky texture.

To give a smoother texture add sour cream to the mixture while blending - this lightens the pate and reduces the grainy texture but can also reduce the storage time of the pate. This is not required and can be skipped.

Seal the pate with melted butter or gelatin and refrigerate until served. Best served with crusty home style bread. 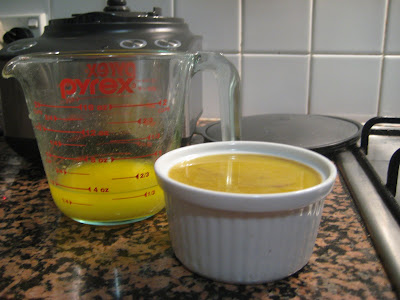 For variations add ground pepper corns before the liquor, use port or orange liqueur rather than wine and brandy or add herbs at the reduction stage. This recipe will generally make 3 standard ramikins per batch, if you do not have ramikins then rice bowls or even tea cups make a perfect substitute. 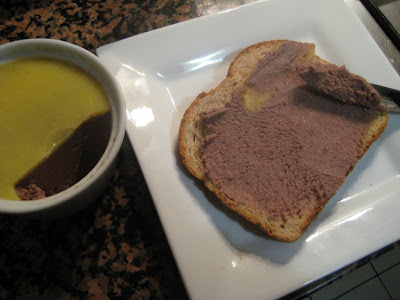 Email ThisBlogThis!Share to TwitterShare to FacebookShare to Pinterest
Like my recipes on Yummly: Yum
Labels: chicken, pork, recipe