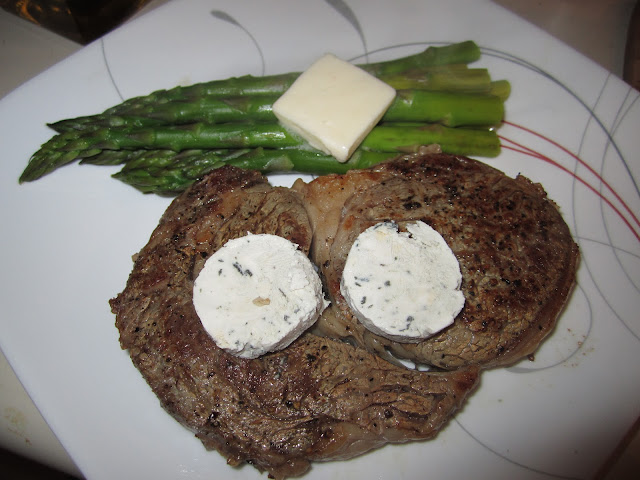 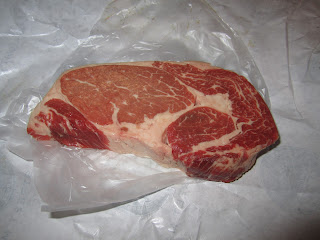 Steak is best cooked at room temperature where the muscle fibers relax slightly, this also minimises the 'shock' when the meat hits the hot pan.

Here you can see I've bought a large boneless rib eye, cut fresh from an organic butcher. You should get the meat cut according to how well you like it done, I want mine slightly rare so this is about 2.5cm thick. When in doubt, ask your butcher. 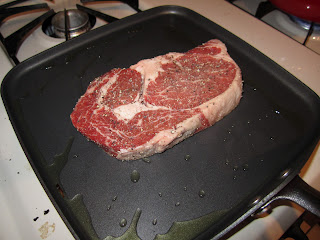 Once at Room temperature season liberally with salt and pepper and place in your grill/pan.

Leave the steak on a medium heat, you want this hot enough to sear the surface but also slow enough to render the fat through the meat. 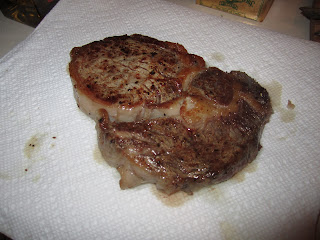 Cook to your preferred taste, I prefer a Medium Rare steak with a crisp sear on it. If you work with a meat thermometre this is around 60C. Refer to the meat 'doneness' guide on Wikipedia.

Take the meat off the heat and rest for 5 minutes, use this time to cook the asparagus. 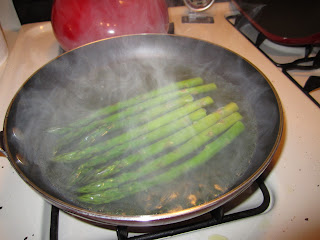 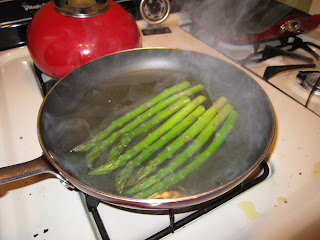 When the asparagus turns bright green like this it is ready, drain and place on the plate. 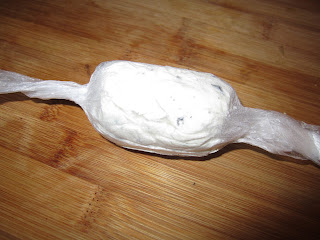 This step can be done at any point but I like to do it when I buy the cheese. Blue cheese is delicious but often too strong in large amounts, to set this off I use neufchatel cheese - a rich cream cheese - to smooth out the flavour.
Put the desired amount of cheeses in a bowl and let warm to room temperature for ease of mixing. Combine the cheeses and then spoon onto a sheet of plastic wrap.

Roll into a sausage shape and place into the freezer. When you begin cooking the steak take this out of the freezer.

Using a hot knife cut the cheese into rounds and place on the rested steak, cut a knob of butter and serve with the asparagus. 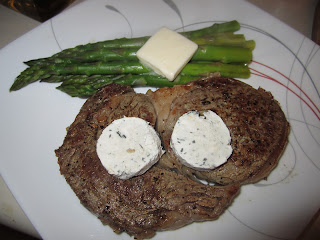 Delicious, can you believe this is diet food?

Email ThisBlogThis!Share to TwitterShare to FacebookShare to Pinterest
Like my recipes on Yummly: Yum
Labels: beef, keto, recipe, steak

This is one of the easiest recipes in my repertoire - the secret here is to get the freshest Tuna you can and prepare this immediately before serving. 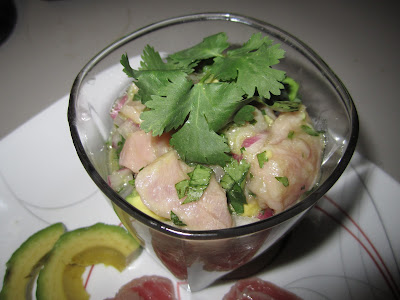 Cut the tuna steaks into pieces to marinade, I like to leave this enough to cut into sashimi style slices. 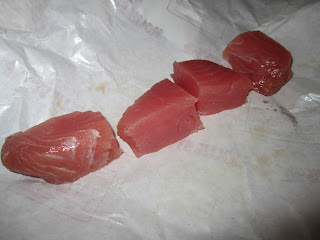 Juice the lemons and the lime, add more if necessary ideally you want the juice to just cover the tuna in marinade 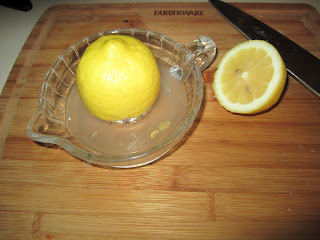 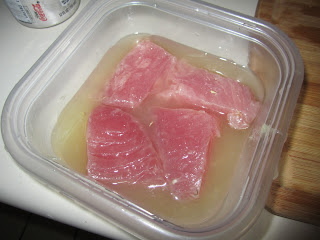 When you take the fish out of the fridge it will have discoloured due to the cooking process, this is normal. 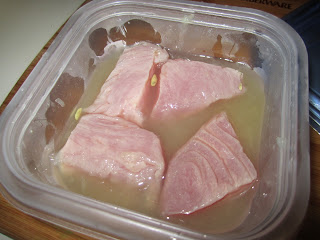 Keep this in mind if serving to a dinner party since the fish can turn grey and unappealing if allowed to sit in the acid for too long. 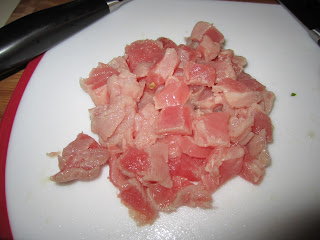 Dice the tuna into small cubes, I like to put some slices aside to have on their own. 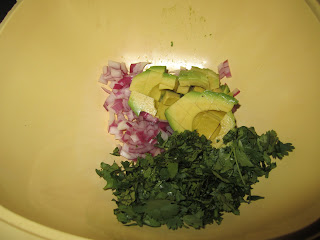 Dice the vegetables and put in a mixing bowl. 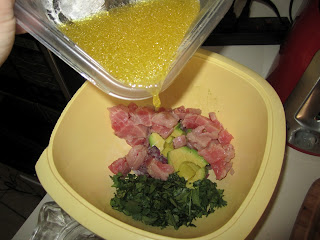 Add the olive oil to the marinading mixture, making sure to remove any citrus seeds. Add to the ceviche mix to taste, about half the liquid should be enough. 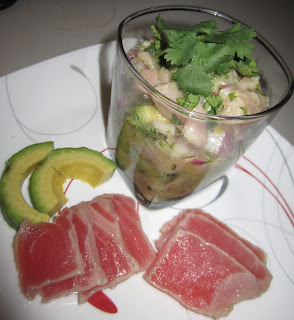 Garnish with one or two sprigs of the coriander, I like to serve it with slices of the marinated raw tuna like so.
Posted by Amaya at 6:31 PM No comments:

So the good thing about moving cities is a plethora of new restaurants to try out! Feeling a little down and homesick one day I treated myself to a "girly day" of movies, nail salons and what better comfort food but ramen?

A quick review of the local eateries online recommended Katana-ya and it turned out to be just around the corner from where I was staying. So I dashed out just as they were opening. 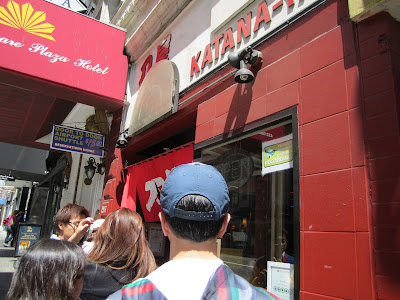 Any restaurant that has a line out the door waiting for it to open is usually worth a look, the fact that they were Japanese grandmas made it all the more promising. 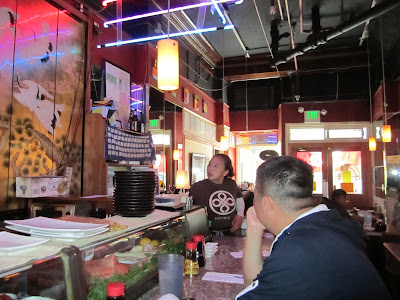 Like a real noodle bar in Japan the place is low on seats and high on shouts in Japanese, there's sushi and noodles and not a lot else on the menu. Mostly the place is packed with single eaters and couples wolfing down food. Like many popular ramen joints staying to talk is not encouraged. 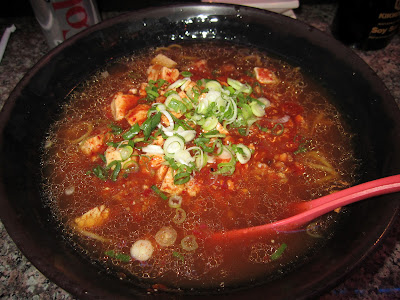 I spotted a mapo tofu ramen on the menu and ordered it since it's not easy to find. The result? The noodles are not made fresh, but they're pretty good. Sadly there's no tonkotsu broths on the menu so I order this with a miso base. The meat and tofu are nice, and it looks as though they make their tofu on site. All in all it was pretty damn good, not up their with the best ramen I've ever had but definitely better than I was expecting to find in the US. I'll be going again.


View Larger Map
Posted by Amaya at 1:56 PM No comments:

Email ThisBlogThis!Share to TwitterShare to FacebookShare to Pinterest
Like my recipes on Yummly: Yum
Labels: japanese, pork, ramen, snapshot 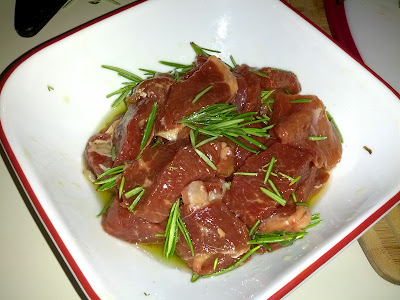 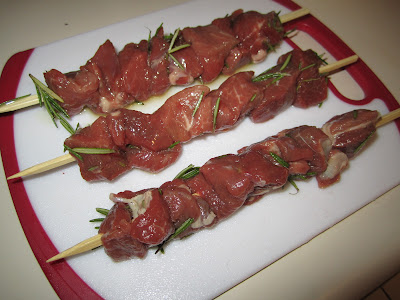 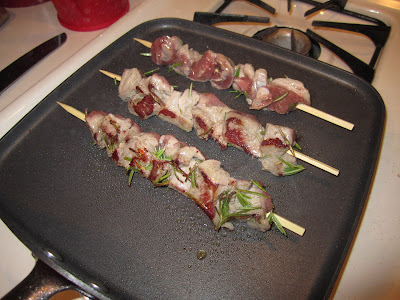 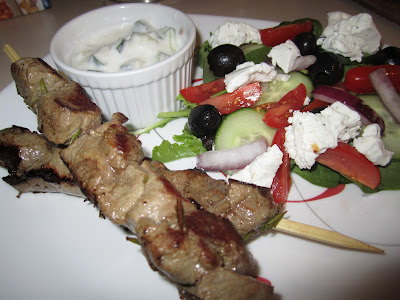 It's Comic Con this weekend, so this is a great time to talk about comics for food lovers. First of all let's start with the fact that Anthony Bourdain food writer and television personality extraordinaire has released a graphic novel Get Jiro!

G4 did a great interview with him about the book and how the project came into being.

Of course Japan has a comic book for just about everything and as a food loving nation there are many options for great food oriented manga. Here are some of my favourites.

Yakitate!! Japan follows Azuma Kazuma a sort of 'bread genius' who's intent on finding a bread suitable for the Japanese palette and making Japan as famous for bread as France or Germany.

Azuma enters competitions looking to gain a job at the main branch of the Pantasia bread chain, a prestigious job with Iron Chef style battles. Along the way he makes some friends, invents amazing recipes and solves family problems for the Pantasia owners. Watch out for the recipe on how to make bread in a rice cooker.

Oishinbo is probably my favourite comic of all time. It follows Tozai Shimbun a food writer for a Japanese newspaper searching for the Ultimate Meal. The comic focusses on different types and regions of food in Japan, each episode talks about how to find the most amazing ingredients for a dish, or how to improve a dish that doesn't hit the mark. It goes into huge depth on how to prepare foods including filetting fish, polishing rice and how best to store live animals prior to cooking.

For the Japanese food lover this goes into extreme detail on regional specialties, seasonal foods and unusual delicacies in Japanese cuisine. My only sadness is that you can currently only buy 6 collected 'best of' books rather than the 120 or so books that were released in Japanese. There's also an anime TV series based on the manga. I cannot recommend this book enough.

If you're thinking that the title of Iron Wok Jan

invokes thoughts of Iron Chef you'd be right, though the Japanese title is Tetsunobe no Jan I assume the translaters were trying to carry on the Iron Chef obsession in America.

The comic follows Akiyama Jan an arrogant young chef with an excellent command of the Chinese cuisine. He heads to Gonbanchou a family owned Chinese restaurant in Ginza to show off his skills. Rivalries and cooking competitions follow of course! 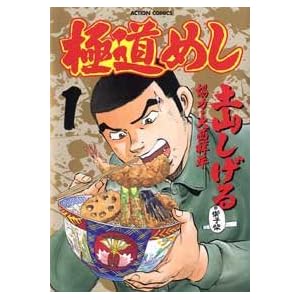 Gokudo Meshi is 'gangster food' a story of a group of gangsters and criminals put away in South Naniwa prison who are obsessed with food. Each year they battle it out for the prized parts of the new years meal by telling stories of the best food they ever ate. Like many great food manga sadly there is no English translation for sale in print however one can easily find copies on Scanlation sites, armed with an eBook reader this presents no problems for keeping up with your favourite food manga. Gokudo Meshi was turned into the live action Japanese movie Sukiyaki in 2011.


Hungry for more? Check out Wikipedia's list of Cooking Anime and Manga for more.
Posted by Amaya at 11:49 AM 1 comment:

Over the last couple of years I've gained what could affectionately be called "happy relationship weight" along with the Google 15 (who brought some friends) and in an attempt to curb this I've been trying the low carb/Keto approach to weight loss.

It's early days yet but to be honest, it's working. I'm not hungry and I've lost more weight in a week than I did in a month of low calorie low fat dieting. As a foodie though there's no way that I can eat steak for dinner every night or replace bread with grated cauliflower and lettuce. So I thought I'd post some of the keto/Atkins friendly food I've been eating starting with a simple one. 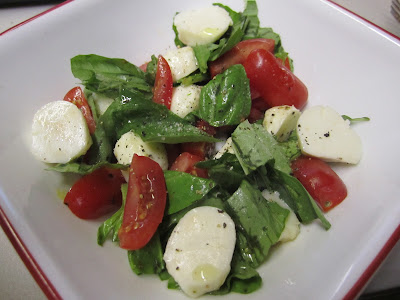