I've been terrible at blagging here lately, so be warned I have a backlog of entries to post over the next few days. 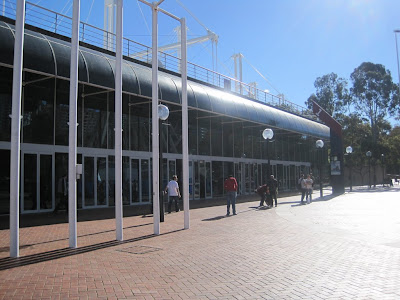 Today we went to the Good Food and Wine Show at the convention centre in Darling Harbour. I managed to get a code through OzBargain which meant we not only got 2 for 1 tickets but the tickets included seats at one of the celebrity shows meaning we got a live MasterChef show and entry to the exhibit for the rum price of $27.50 for both the boy and myself. 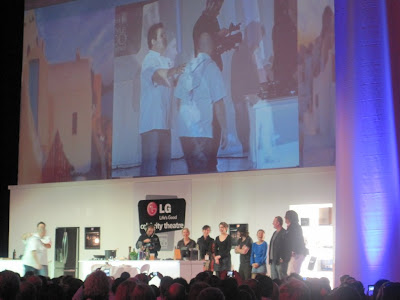 I was kind of surprised to find that when we got there the tickets really weren't that bad, we had placements about 1/3 of the way up the room and while the crowd was large and this meant that the view wasn't up close and personal it was good enough and live streaming screens made it all easy to watch regardless. They had some of the contestants from MasterChef guest appear and all the judges were included in the show. I profess to much preferring Gary Mehigan in general on the show, I like his presenting style and his food significantly more than fellow host George Colombaris and this show only rammed that opinion home since every second sentence out of George's mouth seemed to be either a dick joke or an ethnic stereotype. The food they cooked was the sort that could be completed quickly in a cooking slot and not much to write home about but the show was entertaining, the rabid fans of the TV show even more entertaining and the foodie jokes worth a good chuckle. Certainly given that it was no extra for us to attend on top of the show ticket it was certainly worth the pre-booking. 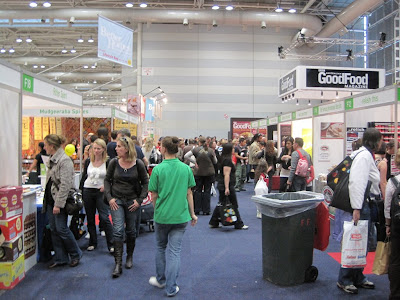 The rest of the show is a series of exhibits vying for your attention, taste buds and hopefully money. There's a few real misses, like any stall that's selling an item you can get at the supermarket with no real bonus or reason to be there - I feel so sorry for the Vegeta promotion people for instance, even though I totally believe in their product. 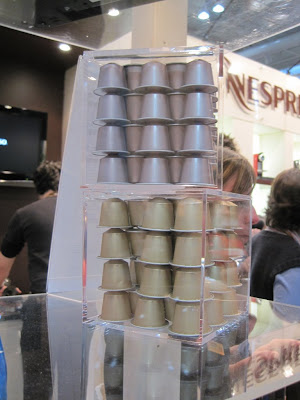 Piles of Nespresso pods ready for the tasting

There were a *lot* of alcohol stands; and as I'd had a port or 5 too many the night before I wasn't actually so keen on a lot of alcohol and more than a little annoyed to find that there weren't actually all that many ways to buy a non alcoholic drink. Apart from the Mount Franklin booth giving away much needed glasses of fizzy water I couldn't actually get a soft drink except at the built in cafes that are part of the centre and these had long lines and ridiculous prices.

This also added up to a lot of people being quite tipsy and innappropriate throughout the day which made it a bit difficult to negotiate the large crowds and I feel sorry for those who had brought children. 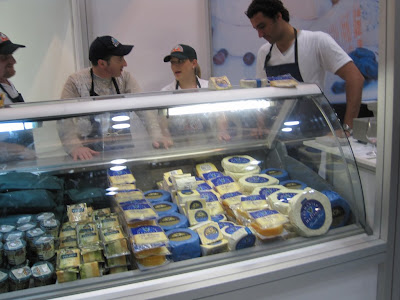 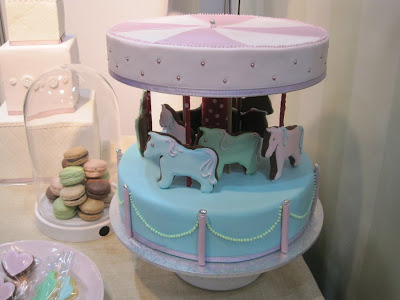 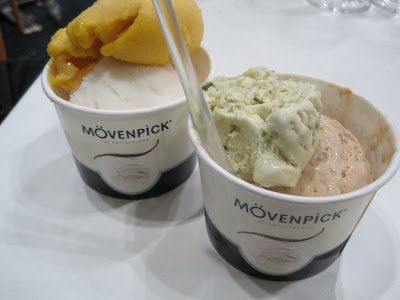 Somehow miraculously between all the tastings and proddings, shows and samples about 5 hours had disappeared and my feet were killing me so we stopped for a much needed rest and had an ice cream. Movenpick is my favourite ice cream brand in the world, a rich creamy Swiss ice cream that I dream about at night. 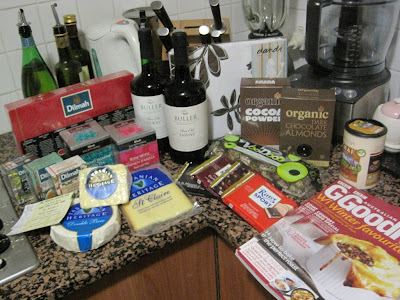 For whatever reason we were all about the cheese, chocolate and beverages on this day but there were amazing amounts of condiments, meats and just about everything else you could ever wish for on display. I think the only item that really surprised me was the popularity fo the Asian grocery stalls since there are evidently a lot of people who don't understand that Asian groceries are as easy to get as their Western equivalents.

That vanilla rose tea is just heavenly and will be a drink of choice for the rest of Winter.
Posted by Amaya at 6:47 PM