Those hoping for a new food TV will be disappointed; there's no new reality TV reigning in my house. Instead it seems it is the season for food film to take the crown. The unfortunate reality is that good human stories of life, love and the senses are not for Hollywood, but support your local independent cinema and seek out these gems. These are all uplifting and heart warming cinema outings. 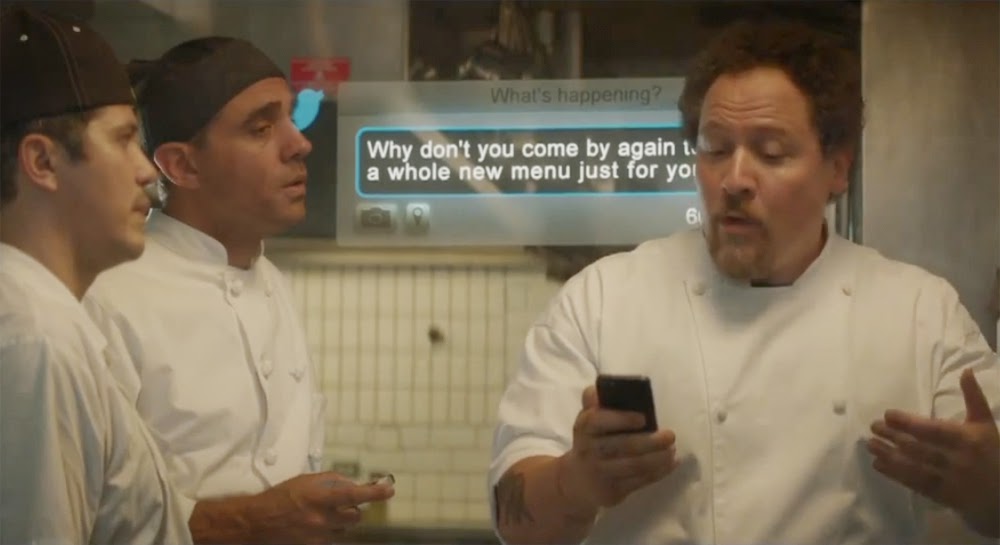 Helen Mirren stars as the cranky Michelin starred restaurateur faced with the changing times when an Indian family moves into her classical French village and starts a food revolution. Some good laughs and touching moments as family, friendship and the rules of classical cuisine are explored.


Jon Favreau's very personal movie project returns him to his Indie roots but show the loyalty he's gained with a stellar cast including John Leguizamo, Sofia Vergara, Dustin Hoffman and Scarlett Johansson. A touching father and son tale with a sidebar of social media blundering hilarity. Do yourself a favour and take the time to listen to Favreau's interview on The Nerdist where he talks at length about how and why he chose to make this low budget film after box office success with the likes of Iron Man.


Jean Reno stars in this quintessentially French film about a 3 Michelin Star chef lost in a post Molecular Gastronomy world. Michael Youn is positively hilarious as the bumbling but lovable Chef with a heart of gold who just needs to keep a job for more than one day. Foodies will recognise some nose thumbing at the likes of Wylie Dufresne, Ferran Adria, Heston Blumenthal and Paul Bocuse. In French with Subtitles.

The Search for General Tso


As a foreigner living in the US American Chinese is... confusing at best, mostly fusion dishes created in East or West Coast kitchens. General Tso's Chicken is one such dish that is synonymous with takeout Chinese food in the US but relatively unknown outside America. This documentary explores the American obsession with a dish that confuses the Chinese. In English with some subtitled interviews in Chinese.

Japanese themes of family, loyalty, honour and obsession are explored in this mild but delightful story of a woman with an amazing palette who marries into a family of retainer chefs during Edo Japan. Aya Ueto is delightful as the mild mannered Oharu and Toshiyuki Nishida stars as the warm and fatherly head of clan. The Japanese food ideal of deep local knowledge is explored through Kaga specialties. In Japanese with Subtitles.