This one's a request after I showed off our implements, this recipe makes two demitasse cups full of sweet spicey coffee. 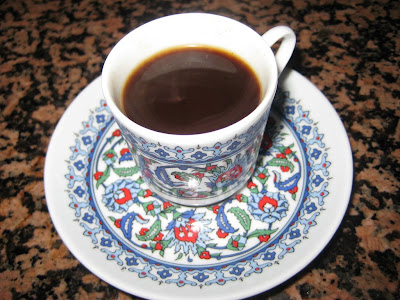 This can be done with a milk pot really, but apart from the fact that Ibriks are awesome the wide bottomed design serves to trap some of the grinds and the spices when pouring. To make vanilla sugar take 1 cup of sugar and add 1 vanilla bean pod, blend until the vanilla is distributed. 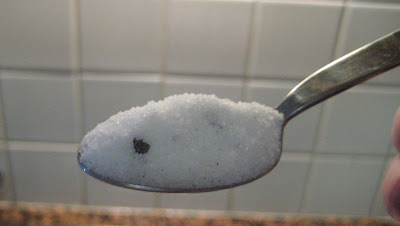 Crush the cardamom pods and break up the cinnamon quill as shown. Note that there is a distinct taste difference to quilled rather than ground cinnamon and additionally ground cinnamon adds an unfortunate dirt texture to the coffee; spend the extra $3 on the quills for best results.

Add the coffee, vanilla sugar, cardamom and cinnamon to the ibrik then add one cup of the water. Make sure measure the water using the same cups you will drink from. 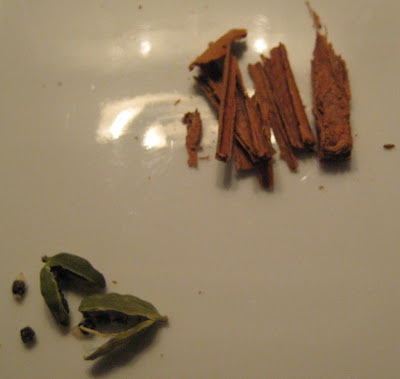 Stir the ingredients until most of the sugar is dissolved, add the second cup of water and then put on to medium heat, give the coffee a stir once after it has gone on to heat, no more should be required due to the multiple boiling method. 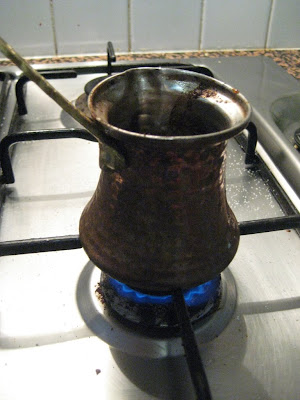 As the coffee boils a thick foam rises to the top of the pot. As it reaches the outer lip take the pot off the heat quickly, if you're not so lucky as me as to have granite benchtops then ensure you prepare a hot tile in easy reach before you start so you don't burn yourself. When the coffee has settled again, return it to the heat, it will boil again rapidly. As the foam rises again to the lip take the pot off the heat again and pour a small amount of the coffee into each cup before returning to the heat. 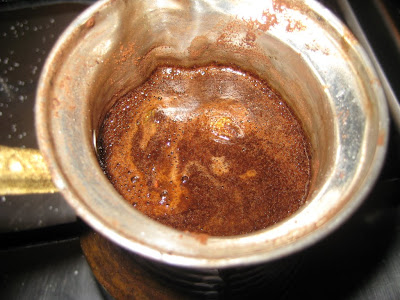 Let it rise again and take off to pour off another small amount of coffee, return to the heat and repeat the boil and pour process until the cups are full. Ensure you alternate between cups as the texture and strength of the coffee varies at each boil and if you concentrate on one cup first then you will have a very varied quality to your cups of coffee. 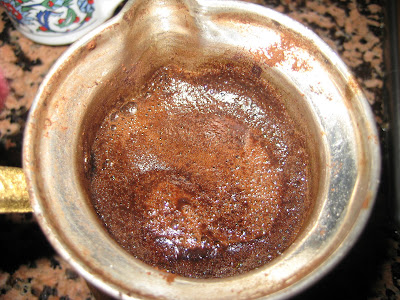 With a steady hand and a keen eye you can pour off the brew under the thick "crust" so that less grinds come into your coffee and the spices are left behind; still turkish coffee is best left to rest for a minute while drinking as the fine grind leaves a layer of coffee "mud" at the bottom. If you've reboiled well without stirring this should easily stick to the bottom of the cup and not interfere with the brew above. 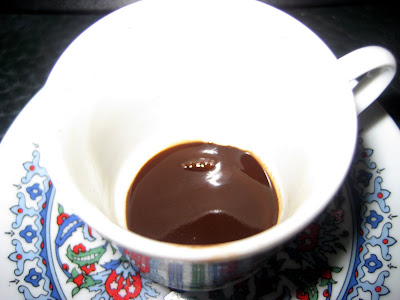 Email ThisBlogThis!Share to TwitterShare to FacebookShare to Pinterest
Like my recipes on Yummly: Yum
Labels: coffee, recipe