While on holiday in the US we pottered out to Baltimore, to visit some old internet friends and take in the kind of sad Poe shrine. While we were there we got taken to the marvellous Tamber's Diner. 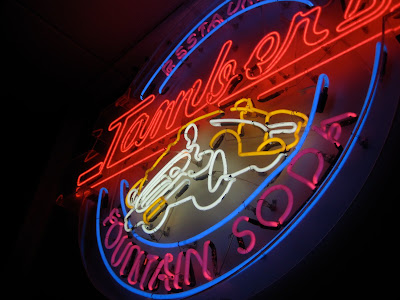 Tamber's is what you think of when you think an American diner... kind of. The kind of is primarily because this is a university town, it's a little more ecclectic than your average US city and it's filled with frat boys and dorm room stoners. That means that Tamber's is the kind of diner you can walk into drunk and say "I want ... a cheese burger... and some paratha ... and a slice of pie" and they actually bring it to you. 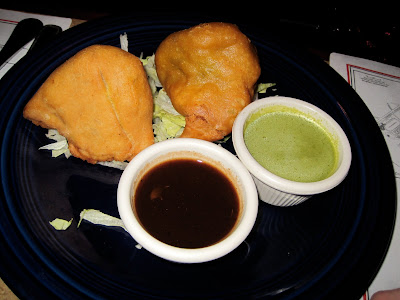 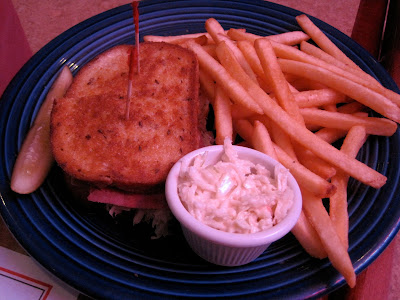 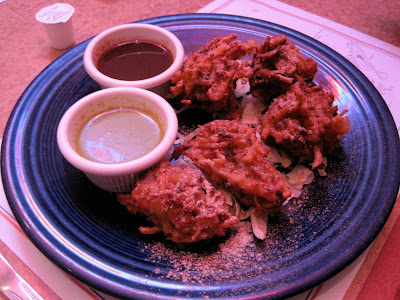 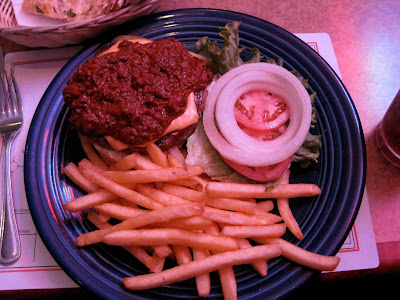 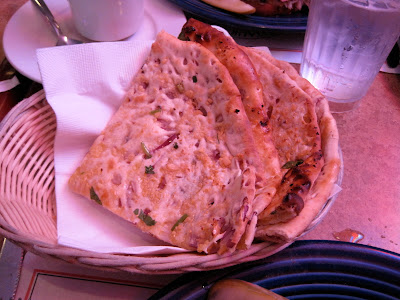 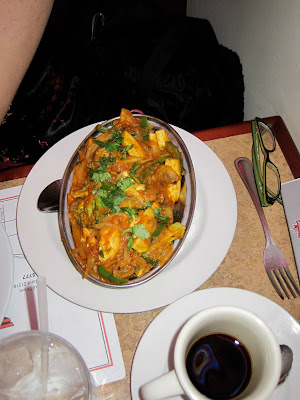 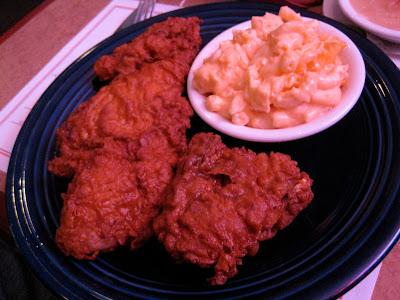 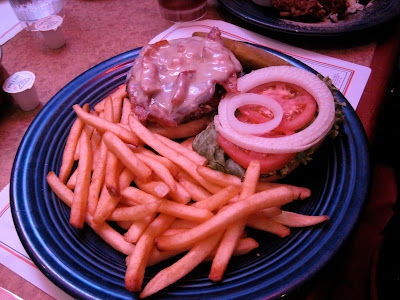 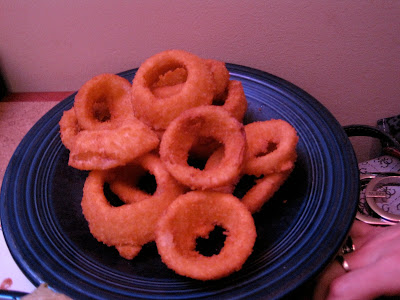 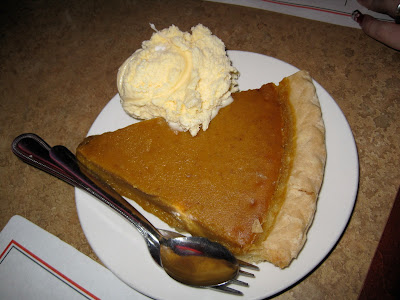 There's not much point in me running down every dish, it's good hearty diner food and everything it looks like...not excellent, not fancy, but warming and homely. The major amusement was the company and the mix of dishes. The Indian food was surprisingly good, but then most of the management of the staff seemed to be Indian so I gues that's not altogether too shocking.

The service was kind sweet and attentive, the food warming on a cold winter's day and everything we wanted. The Pumpkin Pie was a real American diner highlight and I'm glad we found somewhere that had it at Christmas time.

Apart from the seemingless endless aray of cheap service labour in the US the thing that boggles me is the unlimited drinks. It's enough to do serious damage to a caffeine junkie like myself. Less than $3 and I think I drank about two and a half litres of diet coke, little men just kept appearing with jugs, my friends drinking coffee had much the same. Hard to beat!