With my university assessments out of the road it's been a luxurious weekend socialising and doing scene things and that means when I wake up on a Sunday morning I think "what should I like to do for lunch" instead of dragging myself to my keyboard to write.

On this warm and a little lazy Sunday that meant going to Glebe for the annual street fair held on Glebe Point Rd with all it's foodie glory and endless street stalls. 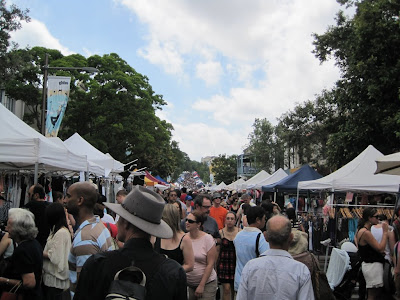 Unfortunately when you get to Glebe the street is a "little busy" ... for over a kilometer. I'm not great with the public at the best of times let alone when people stand stock still in a packed street fair so I have little patience but the endless streams of socialising with people I knew and the tasty street food certainly makes up for this. 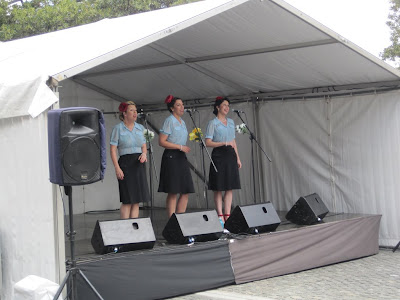 On arrival this WWII era period singing group were crooning on the wonders of coffee, it seemed a fitting beginning to my fair day! 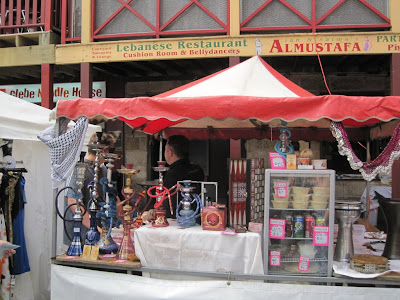 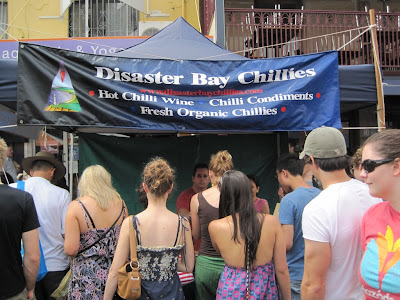 This chilli stall had people in wondrous hysterics, I did not buy any as my fridge is already over flowing with hot condiments I barely use! 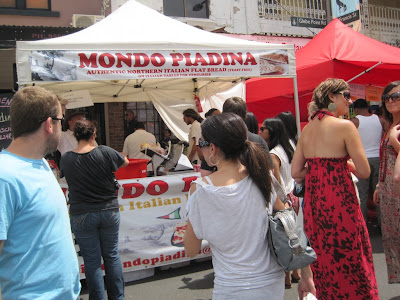 In Sydney fairs the gozleme is the flat bread of choice but with our growing sub-continental Asian population I was not surprised to see this Indian stall being very popular. 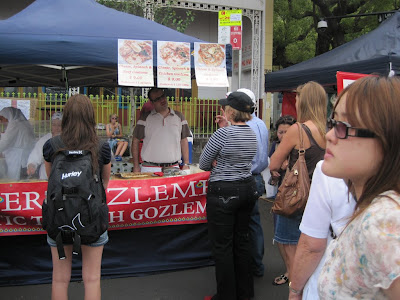 One of about 12 gozleme stalls along the strip, I did in fact buy a spinach and feta gozleme but was so hungry I ate it before I remembered to take a picture! Bad blogger! 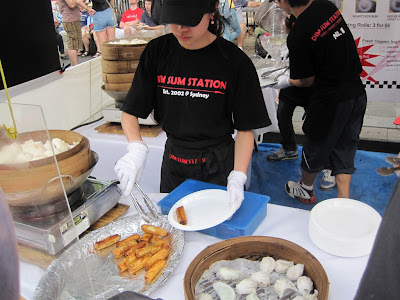 This dim sum station was churning out yum cha delights. I had attempted to buy one of their BBQ duck buns at the Night Noodle Markets during Good Food month and they were out of stock. Not today! 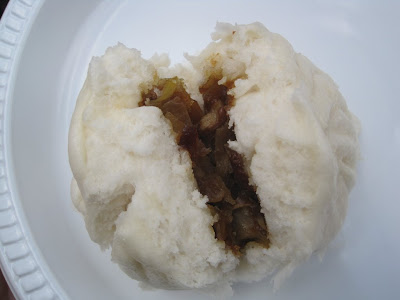 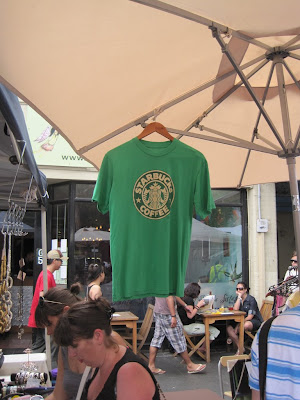 I'm sure there are some for whom it is vital that you own a brand name coffee chain t-shirt, but I've never seen such a thing before! 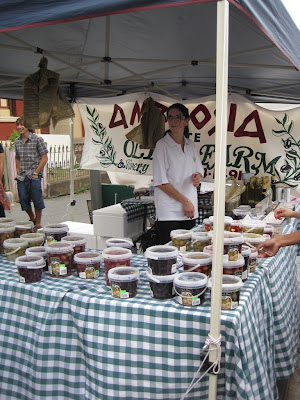 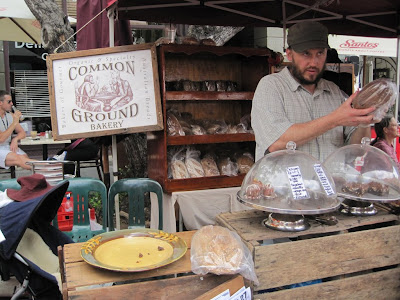 Common Ground Bakery, their sour dough spelt and carob treats are a must for the bread enthusiast. Not cheap, but worth every penny. 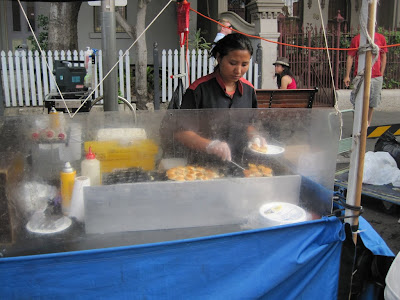 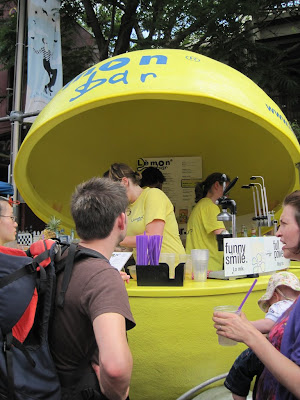 On a hot day in full sun a lemonade stall is a great idea, especially this jaunty one in the shape of a lemon!

I will admit though that my win for the day was the 99c cokes from outside the IGA; specially set up for high turn around and a much needed thirst break after a long trek in heavy crowds in full sunlight. I had thought it would be far too crowded to take a parasol but immediately regreted not bringing it on arrival choosing instead to hide under my fan for much of the afternoon.

Afterwards I settled in with a friend to finally give San Churro a taste but I think they deserve their own post!
Posted by Amaya at 8:54 AM