Chez Panisse is somewhat of a legend in the food industry; it held a Michelin Star for many years and was once named the "best restaurant in America". It is the child of food activist Alice Waters and is the first restaurant acknowledged for working with local farmers and producers to secure a 'local food movement'.

Accordingly this means that the menu is a set service - no choices or substitutions and all the food is seasonal and grown in the area. 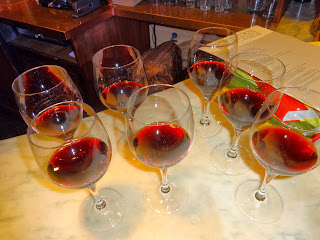 The restaurant often has themed specials and we were there for Zinfandel week. The flight offered the same wine in 3 different vintages rather than a range of wineries. This might sound 'boring' but it's definitely an interesting expose of the effect of aging and the peak taste for a wine - older is not always better. While my family are what you might call "wine people" our knowledge of US wines is still building so this made for an interesting pre dinner drink (or 5).

The meal we arrived for had a decidedly Spanish flair to it which suited me perfectly. The set meal varies in price throughout the week - 'date nights' such as Friday and Saturday were significantly more expensive. We happened to get a booking on a Monday night and ergo was a very reasonably priced $65USD - you can expect to pay twice that on the weekend. 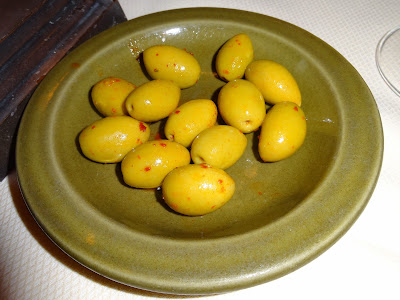 I have a weakness for all things pickled and while I find the olives in California generally disappointing these were wonderful. 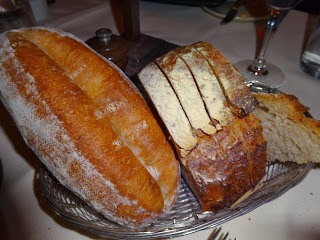 Good bread is so hard to find in the US so this range of crusty old world loaves was a sight to see. 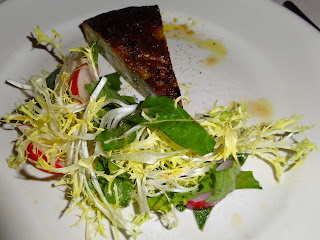 Bacalao is a Mediterranean salted cod preparation, very strong in flavour but well suited to this Spanish style potato tortilla with seasonal greens. 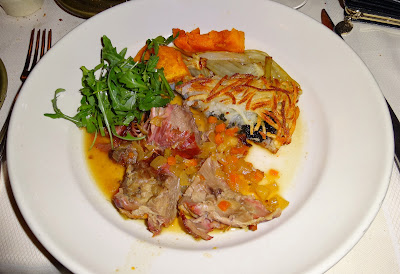 Roasted lamb shoulder cooked with saffron and honey - served with a kale potato cake and roasted fennel. The fennel and saffron was an unusual but delicious combination that I will need to remember in future. The lamb was easily the best I've had in the US, it's not a meat they serve often. Generally when one can find it is either Mutton or imported from Australia after who knows how many weeks. Fresh light lamb was well received. 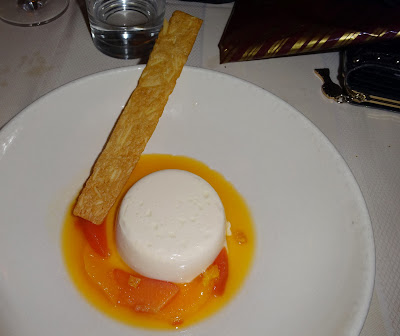 Again calling out to Spanish flavours it came served with quince and Valencia orange coulis. I like the lightness of the fruit and the almond flavour, very palette cleansing after the heavy lamb dish. This super creamy texture is one I love dearly and I will often seek out panna cotta when I can.

I will say this - never in my life have I struggled so hard to get a restaurant reservation, it felt like the plot in a romantic comedy television show. My parents had missed out on a reservation the last time they came to the US and were keen to get one this time. Panisse only takes reservations 1 month in advance (no more and less will leave you without one). Despite desperately logging on at the correct time I still managed to only get a 9:45pm seating. This is definitely a night a foodie needs to plan for.

Overall impressions? The food was very good and the service at its best but the Farm to Table concept is now a well touted one and while this was definitely a top class restaurant I would struggle to call it one of the best in America. That being said the movement they created is one that must be given its dues, without restaurants like Chez Panisse the modern food movement in the US would never have become what it is. Worth a side trip on a vacation and perhaps a special occasion meal but I feel little need to return.