As a foodie one can't help but be curious about the ventures of celebrity chefs and so it was that I found myself in Los Angeles and took a detour to the restaurant at The London whose executive chef is none other than Gordon Ramsay.

With a laundry list of food television shows and a history littered with Michelin stars one might expect a lot of things from a restaurant owned by such a man but I'll say that I was sorely disappointed with this venture and thinks Mister Ramsay is better suited to consulting on restaurants than designing them. 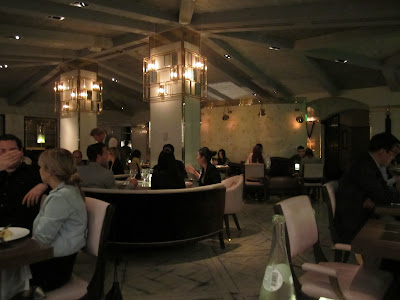 To be fair we found ourselves in Los Angeles during Restaurant week and so rather than the tasting menu we were hoping for we were instead treated to an economy 'taster' menu with very limited choices for each course.  The restaurant was accordingly packed to the gills with curious foodies and one very obvious table of wealthy regulars who were given the luxury of ordering off menu. I wonder that had we been able to order the normal menu at reflective prices we wouldn't have been so disappointed and the packed restaurant can't have helped the service. It's a shame because as someone who isn't afraid of a hefty dinner bill particularly when travelling I wonder that I wasn't left with a tainted image of the venue. 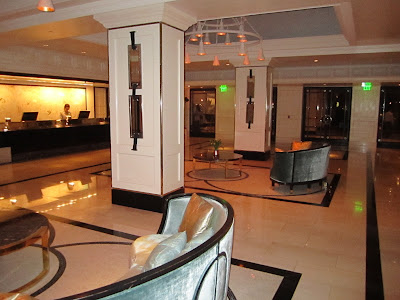 It must be said though at $44USD for 3 courses this was a real bargain for a food tourist on a limited budget and if your budget is more limited than my own this would make an excellent way to see champagne dining on a beer budget.

The hotel itself has been recently renovated and is very classy if you subscribe to the Trump ideal of white marble and shiney gold fittings as far as the eye can see.

To start with we were whistled away to a bar to wait for our seating and enjoyed a snack and a cocktail while boggling at the Size 0 starlet wannabes being bought $30 cocktails by men twice their age. For people watching there are few better places than posh restaurants in LA, though I pity the dates purchasing food for their darlings that I can only imagine they pushed around their plate to stay fitting in their dresses. 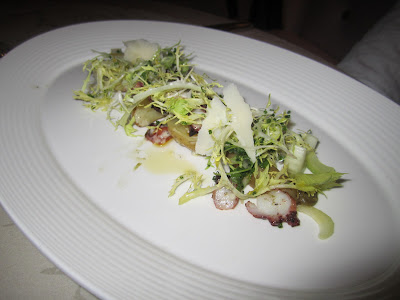 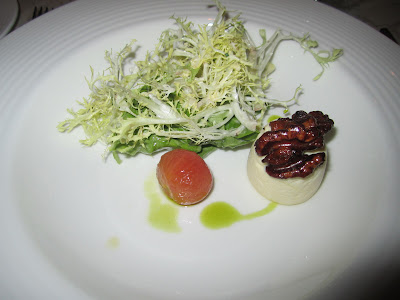 Very unfortunately for me there was a runaway insect in my greens, leaving me to worry heftily about the washing of the ingredients. To add insult to injury it took far too long to get the attention of a server to replace my dish and their attitude as they did was less than ideal. Perhaps diners use this as an excuse to have items taken off the bill but frankly I found this incident alone very jarring. To make matters worse they took some time to replace my dish forcing my partner to eat alone while we waited for another. Very disappointing. 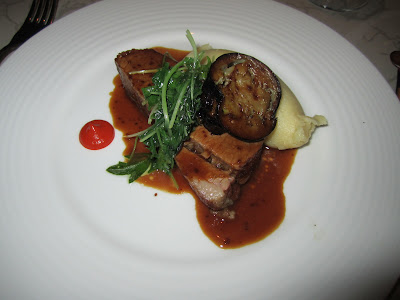 Points given for failing to use the American misnomer "Kobe beef" but otherwise a fairly standard beef dish and nothing exciting. 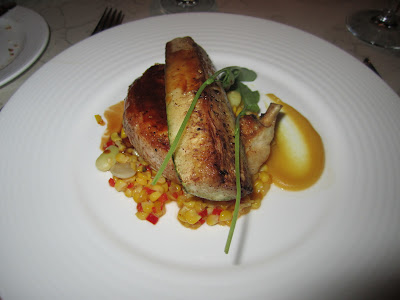 This at least felt new and interesting to me because of the American splash of succotash, but I do feel let down when I am forced to order a chicken dish in a fine dining restaurant; but there were only 3 choices of mains and the other was a vegetarian risotto which appealed even less. 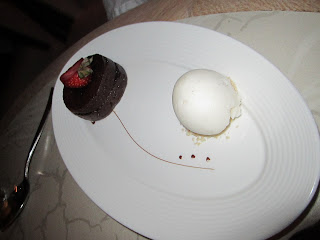 Again this was a well executed dessert but hardly an inspired menu choice, I felt this could have been ordered in any quality restaurant the world over. 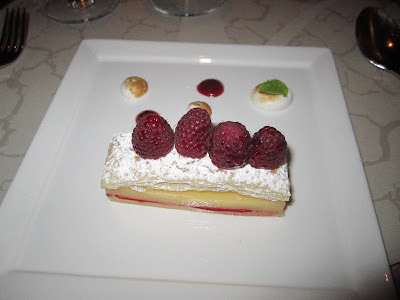 Now this was an item I could admire, smooth lemon custard and fresh ripe raspberries with the usual plate dotting that is all the rage at the moment. 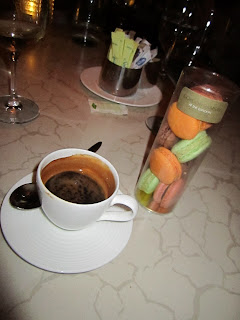 Coffee and Macarons at additional cost

The Macarons were okay, but I'll take a Zumbo Macaron over these items any day. Again I would have been happier with a higher cost and better service, these take aways were $14USD on top of my meal whereas diners at the likes of Craft are afforded free delights to take home.

All in all I feel like eating at a Ramsay restaurant was a required part of my foodie career but I think I'll stick to watching him on television.